A brief scene seen in the all new trailer for this Christmas' Rogue One: A Star Wars Story has sent shock-waves throughout the Star Wars fan base. The scene, previously covered HERE shows a dark hooded figure kneeling before a Bacta Tank with two Imperial Guards standing 'at attention' in the background. With Darth Vader having never been shown to be wearing a hood many fans are speculating that inside the Bacta Tank is Supreme Leader Snoke, and the kneeling hooded figure is the Emperor, adding fuel to the speculation that Snoke is in fact Darth Plagueis, Palpatines Master. While it could be that this is the case and that the scene has been included in Rogue One to add to the wild speculation surrounding Snoke, it may have even bigger ramifications.

The Bacta Tank (pictured above) is surrounded by thick mist, and the tank itself looks frosted over, giving the impression that this particular Bacta Tank is also some kind of cryogenic tank, keeping its occupant frozen to some degree to keep them alive. If indeed the occupant is Plagueis, he may have resided in the tank since Palpatine 'killed him'. After the fall of the Empire it could be that Snoke, having been in stasis throughout episodes I-VI, had healed enough to take command of the remnants of the empire, reorganizing them into the First Order, as seen in The Force Awakens.

Another theory surrounding Darth Plagueis, sourced from Palpatines conversation with Anakin Skywalker in the opera house in Episode III, is that indirectly Plagueis is Anakins father through using the Force to create life using Shmi Skywalker as the mother. How does all this add up to a conspiracy theory in Episode I, I here you all cry; don't despair we are almost there. 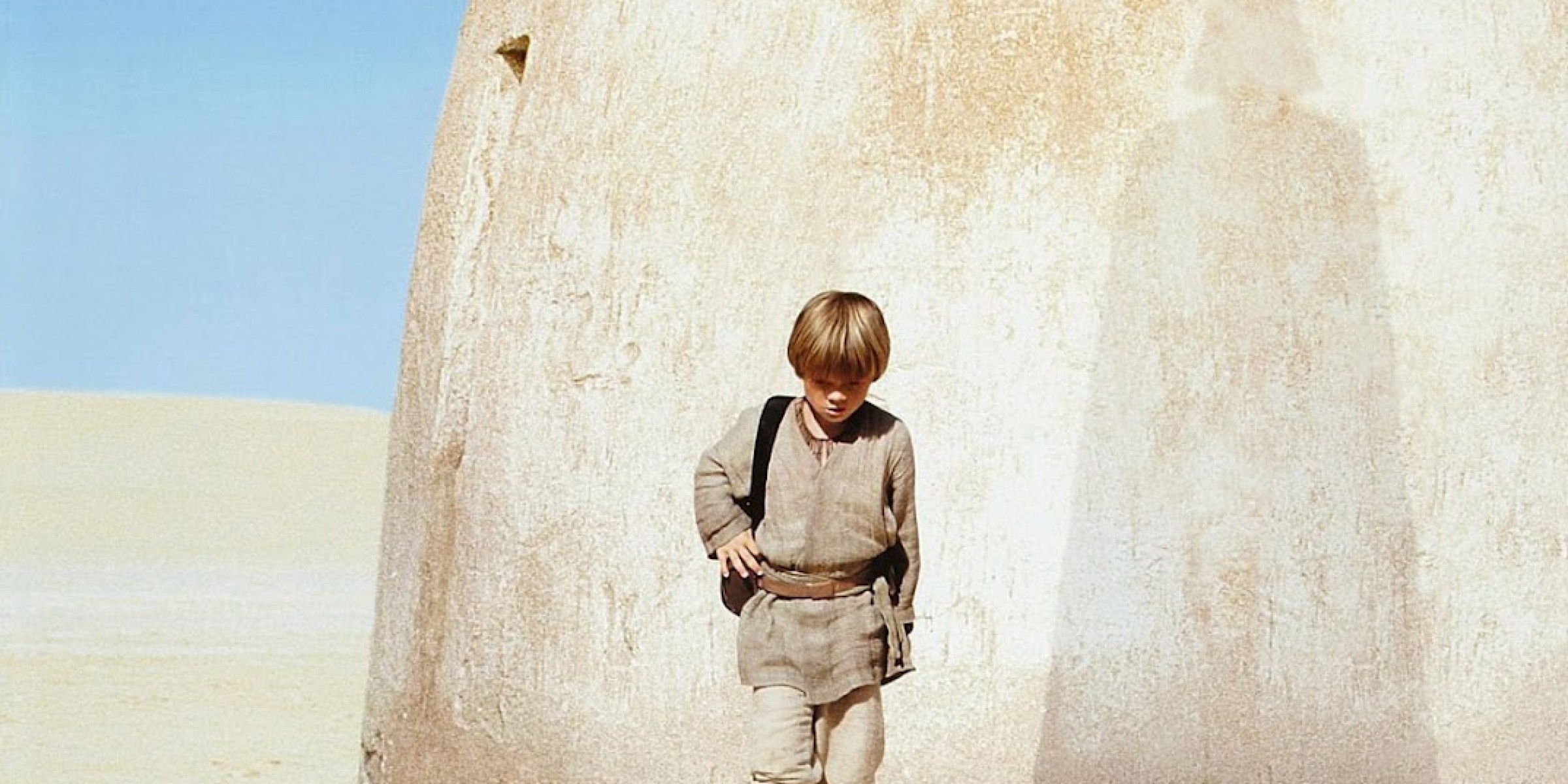 In Episode I Queen Amidalas ship is forced to land on Tatooine when it is discovered that the ships Hyperdrive is damaged during its escape run through the Trade Federations blockade. To track down the ship and its occupants Palpatine sends his apprentice Darth Maul. It is on this planet, of course that Qui-Gon Jinn discovers Anakin Skywalker. But was this discovery by chance or by design?

What if after fatally injuring his master and placing him in cryogenic stasis Palpatine somehow learnt from his master of the life he created on Tatooine, in an attempt to realise the prophecy of the chosen one? Knowing such a person would be powerful in the force Palpatine, now a senator, uses the Trade Federation to blockade trade to Naboo forcing Chancellor Valorum to send Jedi Knights. Knowing the Jedi will easily outsmart the Trade Federation and rescue Naboo's Queen, Palpatine ensures her ship is damaged during its escape, forcing the ship to land on Tatooine.

In short, what if Palpatine knew of Anakin's existence beforehand from his master, and used the Trade Federation blockade to get the Jedi onto Tatooine and find Anakin for him, giving him ample time to seduce him toward the dark side as he used Queen Amidala to attain power in the senate. Then after fabricating a galactic war, turning Anakin into his apprentice and destroying the Jedi, heralds himself in as the Emperor and ruling the galaxy. 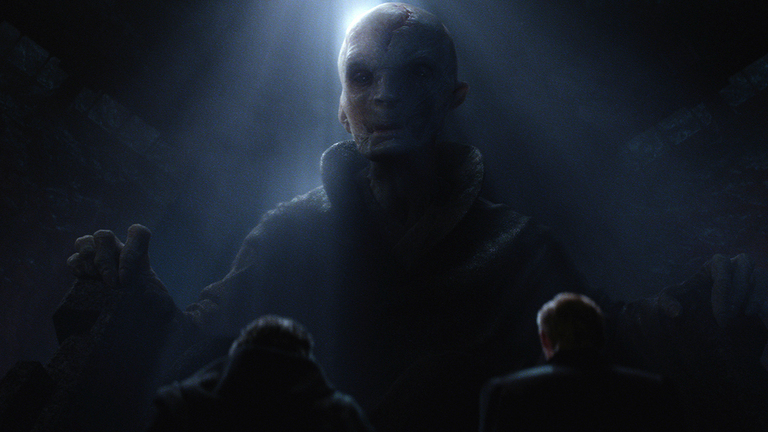 Was Anakins discovery designed by Plagueis, all as part of a highly elaborate plan to create for himself a personal army and the means to rule the galaxy? Were all of the events of the saga thus far by Plagueis' design, and if so what else doe's he have planned for the Skywalker family? Is Rey a part of Plagueis' plans or the true chosen one born from the force and whom will bring it into balance?

Darth Plagueis as Anikan's father?... Woah what a trip. How ironic that would be.

Well I highly doubt that Rey is the real chosen one, Disney wouldn't try and destroy the identity of Darth Vader/Anakin.

Overall, I mean it could be true. I don't know if I like the idea of a bad-ass like Palpatine being outsmarted, I mean, come on.

Ok going to address some things. In the new Disney EU that is supposedly cannon now there is a novel named Tarkin. In this book it connects very closely with another book called Darth Plagueis, both books were written by the same author and he's done as much as he could to bring the ideas in the Darth Plagueis book out of it's retconned Legends storyline. So if you count the books as cannon then Darth Plagueis's story is already known.

This connects with Snoke being Darth Plagueis. The original idea came from an early concept art showing was looked like a tall Muun(Plagueis's alien race) with a some type of breathing apparatus something Plagueis also wore after an attack on his alter ego which was a high ranking member in what is basically a banking planet. The idea Plagueis had in his book was to get rid of the rule of two. When Palpatine attained the Supreme chancellor position he would appoint Plagueis as his co-chancellor allowing them to rule the galaxy together, however after obtaining his position with the help of Plagueis's wealth he killed his master following the rule of two and took on an apprentice of his own.

And Palpatine having sentimentality? Um this is the guy that put a whole galaxy at war just to take over and kill the jedi. This is the guy that was fully ok with throwing away apprentices if they seemed weak without a second thought. He tried to get a father and son to kill eachother. Nothing about anything Palpatine does has sentimentality, he runs completely through deception and hate. To have him leaving his master alive, or being so thoroughly manipulated hurts his character for no purpose. Palpatine ultimately achieved the Sith goal. Destroyed the huge jedi order and controlled the galaxy for about 20 years. Also why would Plagueis, a Sith want to make Anakin. In the novel Anakin was the response of the force striking back at what Plagueis and Palpatine were doing trying to obtain immortal life. He was the one to end the Sith ultimately. There was no way a sith would ever try to bring something that would bring balance.

Some of this isn't too far off from the ideas in the Plagueis novel, but overall Snoke doesn't need to connect to previous characters. As I've said before he could be a 3rd party and not hurt any characters story. Vader could still be the one to destroy the Sith when he killed Palpatine, Palpatine gets to remain this large scale genius manipulator, and Snoke and his teachings could bring in new elements to the saga.

sonictiger 98% To Next Rank
Respected

JohnKlein94 commented on 4 Slot Games Based On The King of Monsters Godzilla from the Godzilla Movies website!

Xenotaris replied to Is Takashi Yamazaki Directing the Next Godzilla Movie this Spring?

I hate Godzilla! just cast their vote on the Poll: Ganimes vs Kamoebas