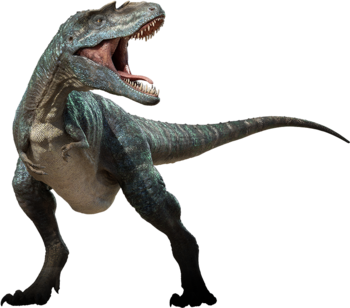 The love that some Dinosaurs have.

Remember those popular Dinos:T-Rex and Velociraptor?

Those get more and more love,but what about the ones that nobody cares about?

There are those ones which are not popular that showed up in a book.

For example,people don't know about this Dinosaur which is in the country that i live,its called Balaur Bondoc,its basically Romanian for Stocky Dragon,its a raptor like you've never seen before.

There are some people that like all the Dinosaurs like me,even if they don't know these Dinosaurs,they still love them!

I never knew this,the fact that Hatzegopteryx lived in Romania.

If you only love the popular Dinos,then what do you feel about the other ones,are they nothing to you?

All the Dinosaurs deserve love and respect,not only the popular Dinos.

Even the forgotten Dinos deserve love.

Please stop saying that one Dinosaur is better than the other.

They are all equal.

6 Responses to The love that some Dinosaurs have.

Well, yeah, every Dinosaur is equal, but of course everyone has their favorites, and they’re allowed to say why it is that those are their favorites. Generally, you don’t find much of people saying a Dinosaur is better here. However, some don’t exactly deserve love, like Thanos. That shouldn’t have been made into a separate genus, because it’s only known from such a small fragment.

This speaks to the biodiversity among dinosaurs.  There were so many, that the average person can't know all of those that have been discovered.  And NOT A SINGLE PERSON will ever know of every species that existed, due to fossils only occurring under very rare circumstances.

I read this blog about The love that some dinosaurs posting.  I learn All About Blogging   tips  which useful for my blog site.

Looking back at this topic,i feel good for making it.

As you can tell I still do like Velociraptor.

But yeah, I agree. I mean you can have a favorite one,but not say that one is better than the other. Michelle Johnston replied to ALIEN: Back to the Future Part 2

BlackAnt replied to ALIEN: Back to the Future Part 2

namarang replied to What Made You a Godzilla Fan?

Why Star Wars: Battlefront Is Not The Game You Are Looking For! just surpassed 1,000 views!