If the Jurassic Park novels were over-analyzed...

We've all gone through it when you're taking an English/Literature/Literary analysis test, and you see questions like this:

"The author writes about the house having a red couch. What does this symbolise?"

a- Author is depressed

b- Authors is mad at the world and writes of red

I think most of us know how annoying it is when people try to find symbolism and in depth meaning to something that wasn't meant to have any symbolism or hidden meanings- And Crichton was always straightforward in his novels.

Having read a good amount of his novels, Michael Cricthon was never subtle in his literature; he was straight to his message in the novel.

But let's imagine some several decades from now Jurassic Park is used as a book for a literary course, and is sadly over-analyzed? Well that's what this topic is for.

1- Michael Crichton writes of an orange-red raptor in this excerpt from Jurassic Park. What does the Raptor Symbolise?

c- The raptor symbolises Apollo, god of the sun, protruding his wrath to the mortals, symbolising how men should not play with the gods

2- Ian Malcom wears almost all black in the novel. What does this represent?

a- The struggle for racial equality in America

b- The events in Ferguson

c- Lightness Vs. Darkness/Optimism Vs. Pessimism

d- Black is the new white

3- Ellie, Gennaro, and Grant find a hole which leads to a secret room of a Raptor nest. The event clearly shows that:

a- The gateway to hell is represented by the ditch to the raptors, with Ellie and Grant symbolsiing Dante and Ellie symbolising Virgil from Dante's Inferno

c- The evils of science always being hidden, with the truth waiting to be revealed

d- All of the above

4- The boat is a common motif in Jurassic Park, a motif for:

a- the devil's temptation

"Broadly speaking, the ability of the park is to control the spread of life forms. Because the history of evolution is that life escapes all barriers. Life breaks free. Life expands to new territories. Painfully, perhaps even dangerously. But life finds a way." Malcolm shook his head. "I don't mean to be philosophical, but there it is."

Select which statement is FALSE:

a- The gods always find a way to outpower the humans

b- Evolution in this passage represents Original Sin

d- None of these are false

6- In The Lost World, the Rexes are red, mosy likely meaning:

a- The Rexes represent Satan incarnate

b- The Rexes are giving birth to another red Rex, an allusion to the birth of Beezlebub

7- The scene where the trailer is falling down the cliff in The Lost World symbolises:

a- The love between Malcolm and Sarah falling being destoryed, with no chance of being put back together

8- Howard King dies when a raptor eats him by the long grass when he tries to escape by climbing a tree.
Thee tree symbolizes:
a- The Tree of Life which Adam and Eve ate from
b- The Tree of Life from Aztec myth
c- The Tree shows chance of life where the raptor comes to him, with the raptor in this case symbolizing the snake after original sin

d- All of the above

That's all I have for now, hopefully if I come up with more I can post more at another time, I hope you guys were able to relate with this and laugh.

If you have your own, go ahead and comment, and please do leave a comment if you enjoyed this!

17 Responses to If the Jurassic Park novels were over-analyzed...

RAPTOR-401 - Now this is certainly interesting. When it comes to the analyzation and overanalyzation of literary works, one must simply look to the individual making the analyzations. As a journalist, I find that most individuals whom attempt to ascribe overinflated meaning to various items and instances within works of literature are those whom believe themselves to be "intellectuals" or capable of interpreting psychology. In point of fact, the human race is extremely straightforward with regards to the meanings of its actions and statements; only when we make a focused effort to place deeper meaning into our works do we typically infuse metaphor into what we make. Of course, there are undeniably moments in which our emotions and subconscious minds creep into the fore; however, these are the exception to the rule. Humans are extraordinary creatures - but they, like all other life, are unknowable at their basest level. :)

RAPTOR-401 - As an aside, if Jurassic Park ever becomes associated with the utter infantile stupidity that has taken place in Ferguson, I will disown the human race.

Well I was mostly referring to very simple statements that are over analyzed. I remember how sometimes in tests I was asked it some curtains symbolised something.

Granted, there are books that are symbolic, such as Lord of the Flies. And yes, most works I've read the people are straightforward, but when I read Crichton he basically had no symbolism and always explained everything in the books, even in one his books he explains the whole meaning of the novel. (Book is called Next)

And I yeah, if that happens... I will lose even more respect in humanity...

And remember, most of this is all a joke and I purposefuly over exagerrated this and I purposely made it illogical, haha.

RAPTOR-401 - Oh, do not not worry; I know you have intentionally made this illogical! It is fun and interesting to look at various topics in such a light! :)

I'll say this much:  if these two Crichton novels are ever used as piecesof literature in a classroom, you will never be asked to analyze stuff like this.  UNLESS, you got a bad teacher.  And I mean a really bad teacher who doesn't really know what to do with high schoolers.

But q2 is actually really interesting, because in the movie, Hammond and Malcolm were meant to have ideals represented by their choice of clothing, which by extension was to show the conflicting sentiments that Spielberg had with Crichton about the idea of bringing dinosaurs back to life.  So for that question, it's definitely c).

I know that it is most likely the novels would never be analyzed like this seriously, but I purposely over exagerrated everything just to make a little fun of when people find too much "meaning" in something that isn't meant to have symbolism.

As for question 2, I actually based that one off that fact, and I mainly put it as it was the only one that had logic to it, so I thought it would make a nice touch.

This is truly hilarious. I remember when I was in High School and such questions like these would always come up. You've been doing a lot of topics lately, and they all have been great! Keep it up.

Thanks! I find it annoying whenever I see these types of questions on tests. I hope I can keep on with the discussions.

Thanks! I find it annoying whenever I see these types of questions on tests. I hope I can keep on with the discussions.

When I read this I was like "This really happens?". I've never had to do this (yet?) and I'm homeschooled so it may be different. This was quite funny and facepalm worthy! I aslso agree with @GorillaGodzilla, your latest post have been great!

Well the tests I get sometimes they do ask for symbolism in something where symbolism wasn't meant to be incorproated with. But for this I did over exagerrate it. :D

Glad you enjoyed, and thanks!

C for Number 2 is actually somewhat correct (at least for the movie). Malcom wore all black and Hammond wore all while to symbolize faith in the park.

However, in the novel, Malcom dresses in all black because he doesn't care about choosing what to wear every day.

I may actually try and take this test one day... One day.

I am aware, I put the question like that because in the novel he says he does it for he finds fashion to be pointless but I think it was also meant for comedy because the way he wears his clothes and has his hair is somewhwat "stylish."

It means the raptors were Orange-Red, dammit! The author isn't expressing rage, he thought that would be a cool colour scheme for the Raptors!

The thing is you're wrong. You see if you compare 3000 year old literature with this techno thriller you can see clearly he was refecing Apollo, the sun god. It's not cool, there is of course deeper meaning to every trivial matter!

Yeah, and this is exactly why I looked like an idiot EVERY SINGLE TIME I was called on in English. 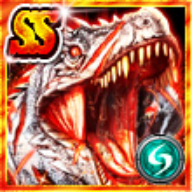 but seriously, i would get too offended if jurassic park was over analyzed, but i really dont like it and english teachers need to stop the bull**** with stories like these...why do they do this? the world may never know

Go behind the scenes of Prey (2022) with these newly released set photos! just surpassed 10,000 views!

Chris posted a new editorial: Go behind the scenes of Prey (2022) with these newly released set photos!

Cool Godzilla started a new discussion: Guys, you have to see this!
More Activity