How exactly intelligent were the extinct Dinosaurs?

After doing a lot of research on bird intelligence, dinosaur intelligence, and dinosaur evolution, it has come to my mind of how exactly "intelligent" were these creatures. First, let me get some things straight.

Now, as we look at dinosaur evolution, we notice that some of the carnivorous dinosaurs become more bird-like and bigger brained (in proportion to their bodies.)

Now, when we look at dinosaurs alive (birds) today, we see what some consider staggering intelligence. Chickens can actually determine geometry shapes, recognize old "friends" even after long periods of time, chickens also have been shown to calculate where grasshoppers will land prior to hunting them, and then there is the African Grey Parrot that could actually say full sentences.

Crows have been studied to be able to actually count.

Pigeons can actually recognize themselves in mirrors and use them to get info about their environment, when trained to do so.

Some scientists argue on whether or not some birds can qualify as being able to use tools.

Many birds seem to become much smarter when they are taught things.

Birds are pretty intelligent, with according to most studies, the African Grey Parrot is the smartest of birds. (Although some argye that jays and crows are rivals for this.)

The African Grey Parrot has an EQ of 1. What is interesting is that studies of the lower parts of avian brains is strikingly similar to humans.

So how smart were the more "primitive" ancestors of birds?

Some scientists argue that animals such as T. rex were one of the smartest dinosaurs of North America, however, they say that it was as intelligent as a mouse, and that a modern household cat could outsmart a T. rex.

Even though some mice do show some pretty interesting abilities, most would not consider this a compliment, some may agree.

They say this do to the estimated EQ of T. rex. However, there comes a problem, as it is clear that EQ is not a reliable way to determine proper intelligence.

Small birds have a surprisingly bigger brains than humans when it comes to the ratio of brain to body.

According to Wikipedia, small birds brain-to-body ratio is 1:12 while for humans it is 1:40.

So is EQ really the best way to measure extinct Dinosaur intelligence?

Now it gets interesting... Some Tyrannosaurs had a bigger brain than the African Grey Parrot in proportion to body size...

So could this counter-argue what paleontologists say of T. rex and other relatives of this animal not being smarter than a mouse or opussum?

Then there are the Dromeosaurs.

As we can see species such as the Velociraptors were one of the smartest of dinosaurs, if we judge their intelligence on EQ.

Whats interesting is that the fact that the African Grey Parrot, the bird that was able to find the meanings of words and form sentences with it, was, in theory, could have been dumb compared to the other dinosaurs...

Again, EQ is not always a reliable way to determine intelligence within animals, especially extinct ones.

But it comes to the point where it can give us an idea. Of course, who knows what these creatures were capable of learning, understanding, and whatever intelligence brings to today's creatures.

Could these animals have easily communicated with each other, developing a "dino-language?" Maybe not possibly with what today paleontolongists suggest, but it is an interesting idea.

As we look at the evolution of dinosaurs, with each new group of carnivorous dinosaurs emerging, we notice they becoma relatively smarter.

I will elaborate on this, as I have shown the possiblity of how dinosaurs could have been amazingly and strikinlgy intelligent, however, with the smartest being wiped out or losing their brain size or inteligence, we must look at the other possiblity, one that many people do not like to think of:

Dinosaurs could have been stupid. Not likely, but let's consider.

With primate evolution, we generally see each new species gets more intelligent. 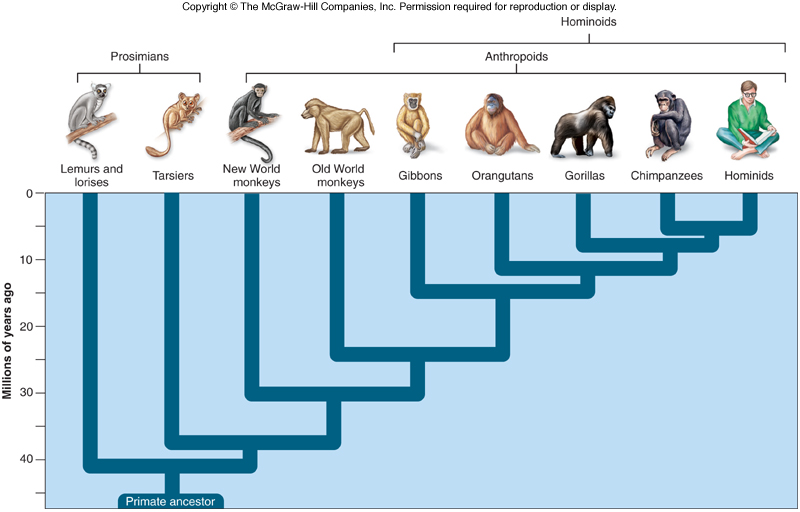 Birds are after all highly advanced theropod dinosaurs.

Just to consider, could the same be applied to dinosaurs? Why yes. The EQ chart almost goes in line with the dinosaur evolution chart, each new dinosaur group that emerges is generally smarter than the last, theroetically speaking with using EQ ot determine their intelligence.

Then again, plenty of dinosaurs had bigger brains than birds with EQ and brain-to-body ratios. It is just a thought, though.

I think of it as unlikely that predatory dinosaurs such as Tyrannosaurs and Dromeosaurs were stupid. I think of most of them having been fiercely intelligent, having to have to evolve the brains to communicate and coordinate attacks on other animals.

Then of course, there comes a part to birds that was probably the same with other dinosaurs, as well.

Dinosaurs could have relied more on instinct, pure natural instinct.

Most male birds of prey such as owls build a nice nest and prepare a little dance not because it it uses its intelligence to figure out that it needs a nest to attarct a female, it's is instinct for them to do so. They know they just simply have to.

Also, another interesting thought as well, it is my opinion that most of these animals couldn't have been stupid, if they have been why would they survive for so long? The asteroid killed off almost all of the smartest and strongest ones, leaving the little ones to evolve.

Okay, I have set up enough info on how we could determine how smart dinosaurs were. As of now, we have thse ways to determine their possible intelligence:

3- Whether or not they relied more on instinct

So what do you think? DId I give everyone interesting and differing thoughts?

Have your own ideas and theories?

PLEASE leave a reply below! I hope to have a well formed discussion with everyone on how intelligent were these creatures!

*I aplogize if any confusion has been spread, if you are confused or notice any errors, please do notify me and I will be quick to edit them or improve them.

17 Responses to How exactly intelligent were the extinct Dinosaurs? I like this, it goes in depth and shows proof and in depth analysis. But how intellegent Do you say carnosaurs, allosaurid and other theropodd compare.

Thanks, I did try to go in depth in all the most plausible stances of dinosaur intelligence.

Excited to see what you think!

You didn't aanswer my question.

Oh sorry, didn't notice you had one. Do try to put question marks as it makes it more clear you are asking a question.

I'd say the bigger the brain was in propotion to the body, the smarter the dinosaur was. I think allosaurs could have been some of the least intelligent of other theropods.

Generally, as each new family/class of dinosaurs that emerged was generally more intelligent than it's past ancestors and relatives.

I think they were pretty intelligent. How else could they have stayed the dominate species for so long.

I think they were pretty intelligent. How else could they have stayed the dominate species for so long.

That is another point i forgot to mention in the discussion!!! I will add it. That is also what I think. pneguins are pretty intelligent and theyve been around for a LONG time.

Ya I think theropodd were verry intellegent.

I do believe that dinosaur species could talk to each other and understand it, like us humans. Chimpanzees and dolphins also do.

I do believe so. Penguins today can communicate and distinct one another with special calls, who says dinosaurs couldn't do the same? Maybe even more complex...

Thanks for the compliment!

@Gojira2k, because they were stronger than everything else? :P

That's also another point I forgot to mention. They were clearly the smartest predators- however a lot of paleontologists state that they were not as smart as mammals or modern day birds.

^I think they were.

Hm...I'd like to think the theropods were as smart as lions and tigers, the sauropods were loving like elephants, and the ornithopods were as shockingly amazing like mooses and deers. Personally, I like to think that the dinosaurs more than just slumbering, pooping, and hungry creatures. I can't imagine a world where the top predator was only as smart as a mouse. There had to be some intelligence for them to survive, communication at best. However if not intelligence, then what? I would say just pure instinct. These creatures, all of which, contain some form of adaption which lead their body to evolve. Maybe that is all they needed to survive, a body successful enough to adapt on pure instinct.

Ex. A spinosaurus had sensory pits on its snout, its instinct to prey on fish is a lot easier now. T-rex had a stong jaw and a strong nose, the evolution of a strong jaw and strong nose is like a major boost to rely on just instinct (since their prey were heavy armored). A sauropod had a huge body that no predator would want to mess with, its instinct is to just eat and get big, probably is all they need to know (since their size were their greatest defense).

I guess what I'm saying is, how these creatures were built, they probably didn't need intelligence as it would probably (just probably) be for the most part be, unnecessary. Maybe, the dinosaurs just had the right tools all along to thrive for a long period of time.

Good points, I also do think they could have ran on pure extinct. Penguins mostly revolve on living off of their instinct which they evolved over millions of years.

Peguins are perfect examples, showing signs of intelligence and pure instinct. It was excellent that you mentioned them in the topic. What else are you researching?

A bit late of a reply but I've been researching on crows, eagles, and owls. I also researched a lot on the African Grey Parrot.