movies i hate, but everyone else loves One thing that really anoys me is that there are two main movies out there that i either grew up around, or had other people that talked about them. They were very popular for one reason or another, but when i saw them i said "Is this really what everyone is going on about? That was HORRIBLE."

One movie i remember everyone was very happy to see was called "Metillda" i think there was a special anaversery thing that happened recantly, idk. But i notice (i love 80s movies) that so many people love this film, and some find it "relatible" but i find it gross, disturbing, and unwatchable. Take this from the guy who witnessed someone getting there heart ripped out of there chest...

another, more popular movie that i realy realy HATE would be "the goonies", still for alost the same reason as the ther movie, its gross, nasty, unpleasant, and when this movie came out i was like what, five? four? idk, but i loved adventure and action, my mom said aww Henry you should see the goonies! And i did, and it wasnt an adventure movie, it was a movie that made jokes out of dead guys in the freezer, autism, cutting people, and giant octopusses, now an adventure movie, well, "want adventure, come to me, a professor of archeolagy, berried tresure worth the fee" sorry couldnt resist. The only good thing about the goonies was that it had my sidekick SHORT ROUND in it.

the last movie, probably the one i will get the most hate and spam for...wait for it... I...HATE...THE DARK NIGHT TRILOGY. I love Batman and Robin, batman the animated series is my show, Micheal Keaton batman is the man, but the dark night is so un-batman, it's so unfaithfull to batman, it's so un true to the batman franchise...its like a bad reboot (well, it kind of is) so let me explain, whats somthing you all should be familiar with...(im a huge dc fan by the way, i dont realy care for marval) lets take...SPIDERMAN, so lets dark night-ify spiderman. Here it is- Peter Parker is a thirty year old who has a pet turantula and his uncle was a cop that just died. Now peter makes gecko gloves and make wrist net launches, and puts on a full bodie black morph-suit and is known as "The Black Widow" thats what dark night did to batman.

so, are there any movies that you don't care for that everyone e;se loves?

And the next episode of Muldoon is on the way-

15 Responses to movies i hate, but everyone else loves Yeah that messed up batman i liked the 2006 cartoon and the older ones too but i really love 1960s batman that's my favorite.

i...i thaught i was the only one...(that hates dark night)

you sir, just earned yourself a follower. I never cared for batman. Another movie that I hate, but everyone else loves is Guardians of the Galaxy, WTF is wrong with the world! it is like "How would be Star Wars if it were created by a 4 years old kid."

I know what they tried to do: to make people love spaceships movies again, because star wars, and to remember them that the purple Darkseid still being out there, because avengers; but they cant just put every random idea that they could have, put the marvel logo at the beginning and expects everyone to love it, well, it work for everyone else, but not for me, and I dont care if im the only person in the whole universe that thinks like that, I´ll never like this movie.

Well I wouldn't say Batman is a bad reboot, although it is unfaithful to the comics, but hey, we got some good memes, "Because I'm Batman" and a bat-voice ;)

Remember that chap, I forget his name, he climbed Everest without any oxygen, came down nearly dead. They asked him, they said "Why did you go up there to die?" He said I didn't, "I went up there to live".

One movie that I like very much, but seemed to get a little bit of both was Interstellar. I loved this movie, almost as good as my favourite movie, Inception. Im sure u are already aware of this indiana but apparently in raiders of the lost ark if indiana jones wasnt in the movie, it would have had no impact what so ever. With or without him the nazi's would still find the ark open it and die. Just a movie trivia that i thought id add in 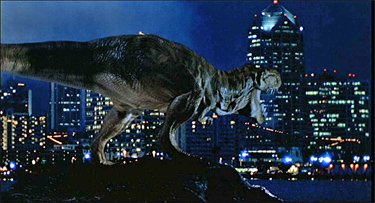 @JHAWKINS1987: Someone on Big Bang's Theory said that.

Each to their own. I loved Guardians of The Galaxy myself.

Jhawkins, I know where that's from. Amy pointed that out. Too funny.

^I just remembered how long it's been since I've seen that show...

Never really had any interest in superhero movies. Gaurdians of the Galaxy just looked boring. I'm more into sci-fi action movies such as Jurassic Park, Godzilla, Pacific Rim, and AVP. I remember how much Frozen commercials would ALWAYS be on. I loathe that movie BTW.

In all honesty I enjoyed the Dark Knight trilogy and though they got Ra's Al Ghul messed up I appreciated Liam Neeson's performance (that man is a hell of an actor). However; as much as I enjoyed the DK trilogy it will never compare to the real Batman (Adam West). I was raised on his show and in my heart he will always be the one, true Batman ("Some days you just can't get rid of a bomb"). God how I loved that show!

As for movies I didn't much care for that everyone else seemed to love I guess I'll mention the GI Joe films. Having grown up with the cartoon series and the comic books I had developed an understanding and appreciation for pretty much all of the characters but here comes the film franchise and they're killing them off left and right. They've killed off or written out enough of the primary characters by now that the series is already in need of a reboot. Dubya tee eff. Just reboot the darned thing and start over already.

Then there is Godzilla 2014. What irked me about this film was the pacing, it was halfway over before we got to see Big G and then there was big fight in Frisco.., it looked as if it was shot in a coal mine at midnight! Now, in all honesty I didn't really 'hate' this film but there was enough wrong to irritate me. I'm hoping they can correct these issues for the sequel.

This discussion was moved to the SciFied Community Hub because it did not relate to Jurassic World or Jurassic Park.

Trending Articles
Keegan-Michael Key: The Predator is NOT a sequel?
Final Mondo Godzilla Posters Revealed!
Godzilla 2 Concept Art: Underwater Monarch Facility by Gia Nguyen
Lots of new Godzilla 2 KOTM images have been uploaded to our gallery!
New Image of Godzilla from Singular Point Anime Revealed
'God Particle' is the next installment in the 'Cloverfield' cinematic universe!
Aliens (1986) Cinematic Render
HIYA Toys unveil epic new Godzilla 2021 figure!
Filming finally begins on Avatar sequels!
Giveaway: Space Jockey painting by Alien: Covenant concept artist up for grabs!
Forums & Community
My LEGO Kiryu was featured in a magazine! 324
What is your favorite godzilla? 1,557
the team's members are growing! 1,662
So JWCC should be ignored by everyone 882
Gojiverse 23,987